Disc golf is a flying disc sport in which players throw a disc at a target; it is played using rules similar to golf. It is usually played on a course with 9 or 18 holes. Players complete a hole by throwing a disc from a tee area toward a target, throwing again from where the previous throw landed, until the target is reached. Usually, the number of throws a player uses to reach each target is tallied, and players seek to complete each hole in the lowest number of total throws.

How To Play Video 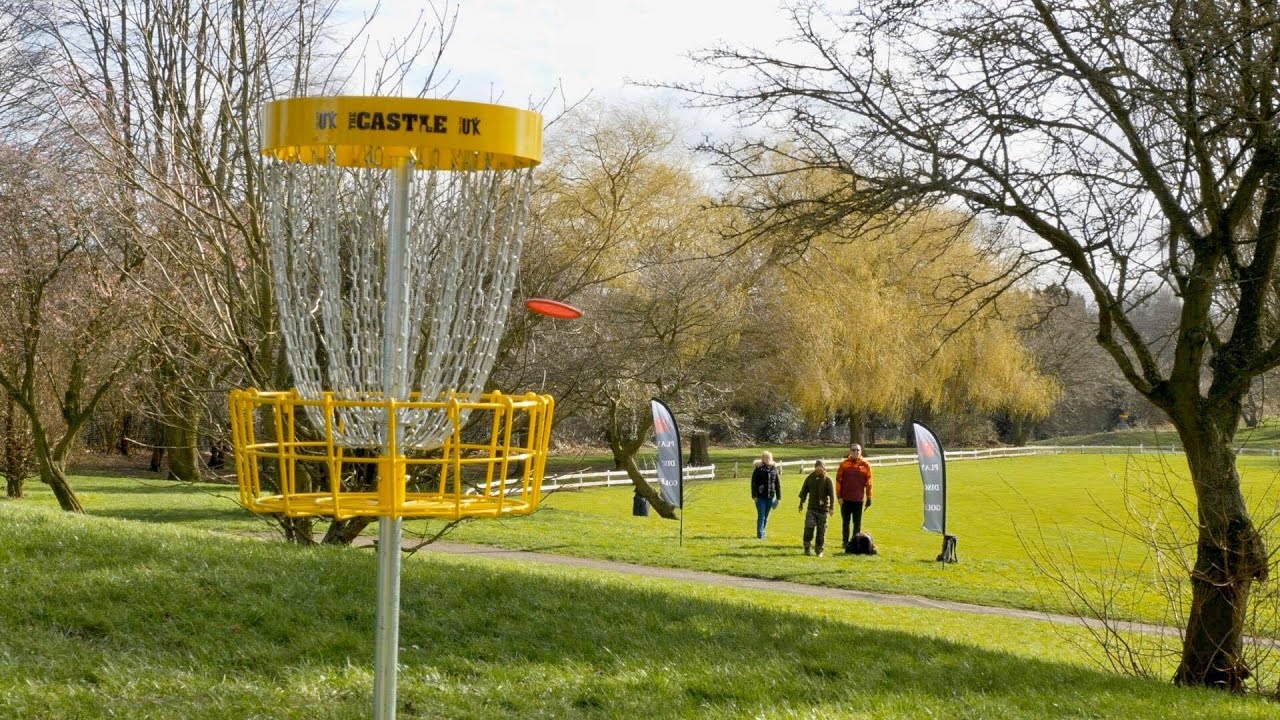 If you're short on time, or just don't fancy playing a whole 9 or 18 holes, why not try one of the following games instead?

Designed to improve putt and approach accuracy while still being fun, these games can be played alone or with friends, on the course or at home with your personal basket. https://discgolfuk.uk/product-category/basket/

Which one is your favourite? 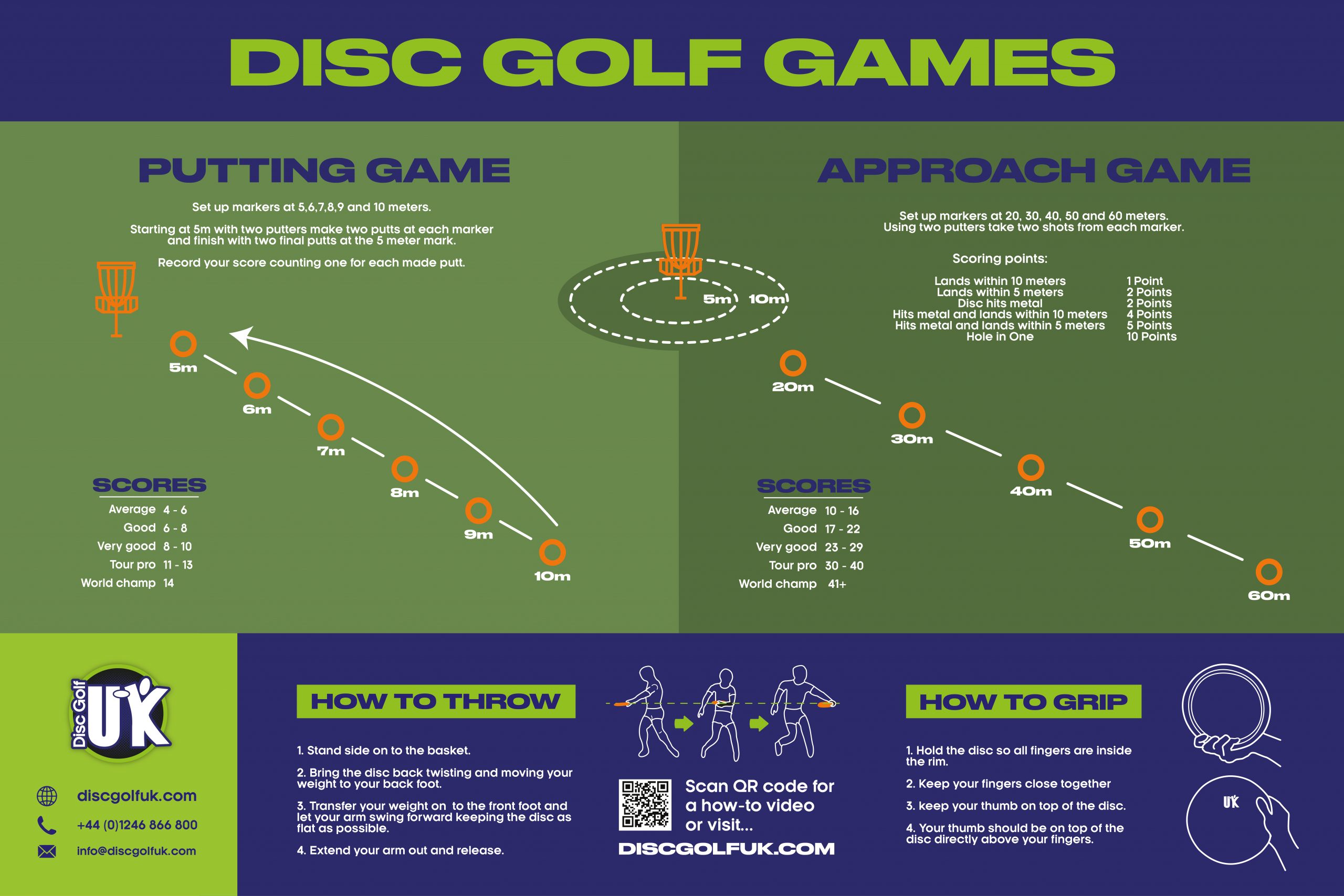 The numbers indicate the speed, glide, turn, and fade of the disc.

Speed: This is how hard/ fast the disc must be thrown to achieve the ratings indicated on the disc. If a disc has a lot of glide, and is meant to stay in the air, the disc has to be thrown at the speed listed on this disc for it to glide like it’s supposed to. The same goes with the other flight ratings.

Generally, a higher speed disc is designed to travel a further distance then a lower speed disc, but will need more skill to achieve this.

Glide: This is how long the disc can stay in the air, if thrown at the correct speed. Low-speed discs with a higher glide rating tend to be easier for new players to achieve longer flights. A disc with a lower glide rating will also be more resistant to the wind. A disc with a high speed and a high glide rating can fly the farthest on the course, as long as the player can throw at the indicated speed level.

Turn: This is how much the disc turns to the right when first thrown (rhbh thrower). Also known as high-speed turn, this rating indicates a discs ability to turn over to the right after the disc is first thrown (rhbh thrower), usually with a fair amount of speed behind the disc. Measured from +1 to -5, a disc with a turn of +1 will fight wind and resist turning over the most, while a disc with a turn of -5 will turn over the most.

Fade: This is how much the disc turns to the left at the end of it’s flight (rhbh thrower).

A disc’s low-speed fade is its ability to hook left at the end of the throw. Once a disc has made it through the majority of its flight and begins to slow down, the fade usually kicks in and the disc turns to the left (rhbh thrower). Fade ranges from 0 to 5 and the higher the number, the more the disc will fade. A disc with a fade of 0 will finish the straightest and see the least amount of left movement towards the end of their flight. While a disc with a fade of 5 will see a hard hook to the left at the end.

Please note: Flight numbers are dictated by each individual manufacturer. DGUK hold no responsibility if the disc doesn't seem to fit the flight numbers indicated.