Skip to content
View basket “MVP Starter Set” has been added to your basket.

The set is made of 9 discs, The Baron, The Launch Lander, The Innova DX Aviar, The Duchess, The Launch CodeX, The Innova DX Roc, The Count, a K1 Kastaplast Falk, a Goldline Latitude64 River and a Discraft Z Line Undertaker, three putters, three midranges a fairway driver and two drivers used by new players and Pros alike.

Actual product may vary. All discs are PDGA approved.
Launch Disc Golf Capsule Backpack
The Capsule is the first bag from Launch Disc Golf. It’s a robust backpack style bag aimed at beginners and experienced disc golfers wanting to carry a smaller option than their competition bag.
he main disc compartment can hold up to 15 discs comfortably and the spacious putter pocket on top can hold another 4. There is a draw string drinks holder that can hold up to a 12cm diameter bottles and a roomy side pocket for storing all your extras such as a storing card. There is also another larger side pocket which can fit a folded coat.
The straps are comfortably padded and reinforced at the shoulder and the back is luxuriously padded.

The Baron – Putter
Speed: 4 Glide: 3 Turn: 0 Fade: 2.5
The Baron is the first putter from Disc Golf UK and like all our discs made right here in the UK! It’s a stable fast putter, great for putting, holding a straight true line but even better for driving. It will handle a headwind with great stability and surprising glide.

The Launch Lander is the first putter from Launch Disc Golf, one of 4 discs released at the same time.

The Lander is a long flying stable putter with lots of glide. Test throwers including British Open Champion and Team Member Noah Smithson have fallen in love with its accuracy off the tee and in the circle.

It’s a rounded nose putter that feels great in the hand in our Omega plastic. It has a micro bead for durability and a little added stability.

Described as a cross between a Jokeri for it’s distance and a Reko for the feel this is going to become a staple in all sorts of players bags from beginners to the elite.

The Aviar – Putter The Aviar is the most popular putter in the world. It is a good disc for short drives and approach shots, as well as rattling the chains.

The Innova Roc is one of the most popular discs in the world. Players of all skill levels have sworn by this disc and frequently have more than one Roc in their bag.

The Duchess – Midrange
Speed: 5.5 Glide: 5 Turn: -1 Fade: 2
A great disc for all levels of ability with top players reaching for it as their go to control midrange and newer players revelling in the predictable flight paths in all conditions.

The Launch Code X is the big brother of two midranges from Launch Disc Golf. It’s a beefy wind fighter and a must have in players bags of all levels of ability. Thrown with power it will go an incredibly long way. Initial throws by the top players in the country amazed them to see what was possible. It has a slight high speed turn, superb glide phase with a reliable fade finish. For those that know the Disc Golf UK Duke and Duchess this disc sits somewhere between the two.

The Code X has been made with these beautiful full colour stamps by our in house designer Fraser.

The Count – Fairway Driver
Speed: 7 Glide: 4 Turn: -1 Fade: 3
The Count is Disc Golf UK’s first fairway driver. The Count has a slight high speed turn before a dependable finish. Available in our Noble plastic blends, it works as both a first time driver but is also finding it’s way into the bags of experienced players.

The Latitude 64 Goldline River – Fairway Driver The Latitude 64 River is one of the highest rated fairway drivers. It has incredible glide and is a great driver for beginners. Latitude gives this disc a glide rating of 7, higher than any other disc golf disc. Intermediate and advanced players will be pleased with the River’s accuracy and consistency. Throw this disc at a slight anhyzer angle and watch it sail forever.

The K1 Kastaplast Falk – Driver THIS BIRD LOVES TO FLY! THE FALK CONTROLS THE FAIRWAYS AND REACHES ITS TARGET EFFICIENTLY BY USING THE RIGHT COMBINATION OF SPEED, GLIDE AND ACCURACY. JUST LIKE THE BIRD IT WAS NAMED AFTER.
This versatile fairway driver fits the skills and power of a wide range of players. With a comfortable grip and a rim width at 19 mm the Falk suits most hands and styles. Falk is Swedish for falcon.

The Discraft Z Line Undertaker – Driver The versatile workhorse that you’ll throw again and again! Undertaker is a must have driver for any skill level. 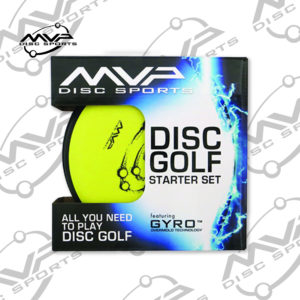