Skip to content
View basket “Keep Carry Bag” has been added to your basket.

WHAT IS RIPT REVENGE?
In 2004 KnA Games created the Ript Disc Golf Card Game and the sequel Ript Revenge followed in 2006, providing an enhancement to the sport of disc golf. Ript and Ript Revenge are played by a group of golfers during a round of Disc Golf. These games creates a truly unique Disc Golfing experience and provide practice on shots that would not have been taken otherwise.

HOW IS IT PLAYED?
Ript Revenge consist of 54 original full color playing cards and 1 rules card. When playing a round with Ript, three cards are dealt to each player in the party. Depending on which version you are playing, there are ways throughout the round of Disc golf to get more cards to put in your hand. Throughout a game there are opportunities to play cards you are carrying with you to enhance the play of the game. The cards vary from a free mulligan, to a card that forces one of your opponents to make their next drive with a mini. These cards create a fun and competitive round of Disc Golf and because of the wide variety of cards included, no two games are ever quite the same.

RIPT REVENGE RULES
1. Deal out 3 cards to each player/team at the beginning of the round. These cards make up each players hand.

2. Look at the “Play Text” on the card to see when each card can be played.

4. When a card is played the “Card Action” is carried out. The played card then goes to the bottom of the game deck.

5. In Ript Revenge the players are competing for skins and cards on each hole. The player who has the lowest score (untied) on a hole wins a skin, and everyone else playing gets a card. If there is a tie and no one wins the hole outright, then no skins or cards are won for that hole. If this happens then the skin/card value is carried over and added to the following hole. For example, if three holes in a row are played without a winner, then the fourth hole is worth 4 skins for the winner and 4 cards for each losing player. Thus giving them ammunition to get revenge.

7. Discarded cards go to the bottom of the game deck.

All other Disc Golf rules apply. At the end of the round the player with the most skins (after any card modifiers) is the winner.

Be the first to review “Ript Revenge” Cancel Reply 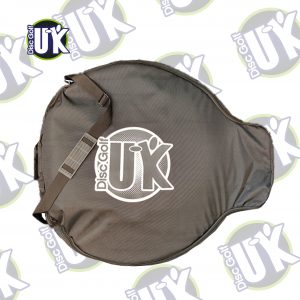